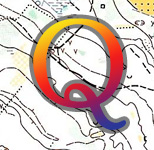 Most of you already know that I bought a GPS recently. Until now I haven’t had any good applications for placing orientering routes onto orienteering maps. But last week Mattias Henriksson told me about this windows app called Quickroute made by Mats Troeng. It’s a great little app where you just load the gps file and a map image. Then you can drag the track so that it fits the course. After that you can export your routes with map to a JPG. Simple and good. I’d say perfect if the app was made for mac and not windows. Now I have to switch to Windows every time it’s time for Quickrouting!

So now I think it’s time to start putting my routes online as a diary of my mistakes and good route choices. Unfortunately it’s too complicated to explain my routes in english so they will only be in swedish, but the maps can be read in any language of course!

Oh, I also created a new top category for the tag orienteering since I believe there will be a lot under that tag from now on.